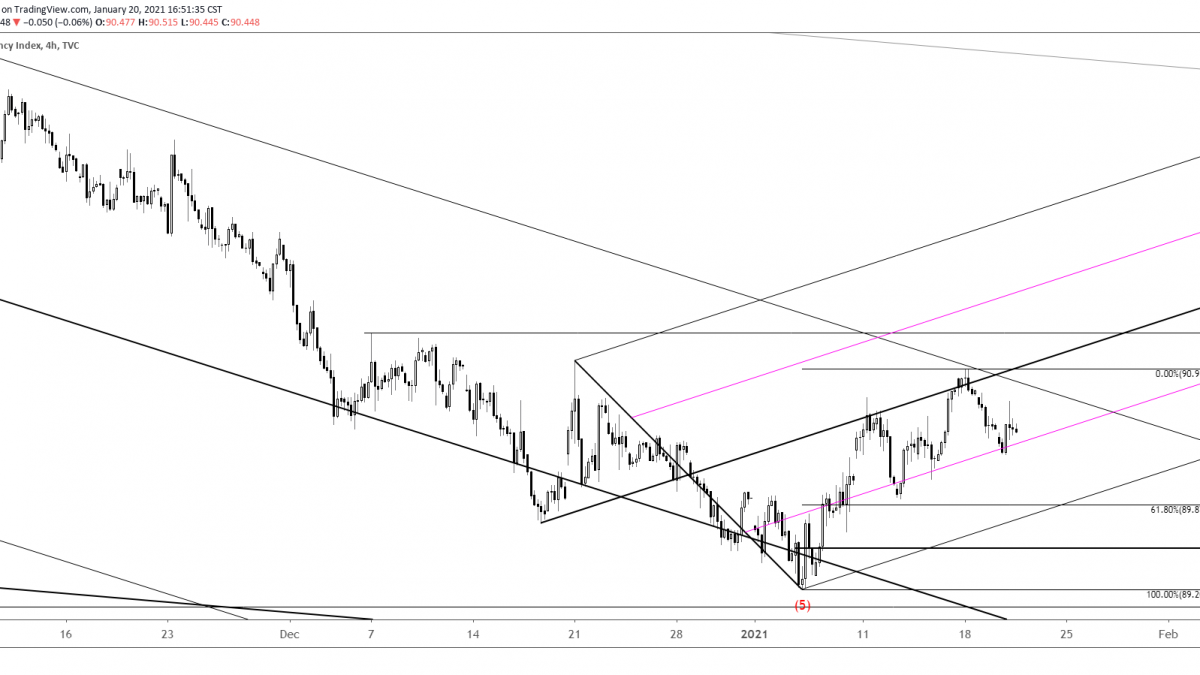 1/18 – DXY pulled back on 1/11 and found support from the previously uncovered close at 90.07 (gold horizontal line).  Price has traded back to the median line and paused.  If price pulls back, then watch for support near 90.58 (neckline).  A break above the median line should lead to upside acceleration as per median line guidelines.

The line that connects the March and December 2019 highs was resistance yet again today in GBPUSD.  After trading to its best level since May 2018, GBPUSD closed near the lower end of its daily range.  Sure, this is resistance but confidence in USD strength at this point is extremely low.  Extreme sentiment, extreme positioning, volume reversals, etc. simply haven’t mattered.  Maybe I’m capitulating and this feeling is a signal.  I’d be willing to play a double top on a drop below 1.3520.

1/14 – NZDUSD has been pressing into the noted center line (red line) from the channel off of the March low the last few days.  Ideally, the next lower gets underway immediately.  If that happens, then the 25 line is a level of interest near .7115 but the ‘real’ level of interest is the lower parallel near .7000.  Another reason to ‘like’ the short side right now is that VWAP from the high and 2021 VWAP continue to act as resistance (see below).