Are Stimulus Packages Destabilising The Future? 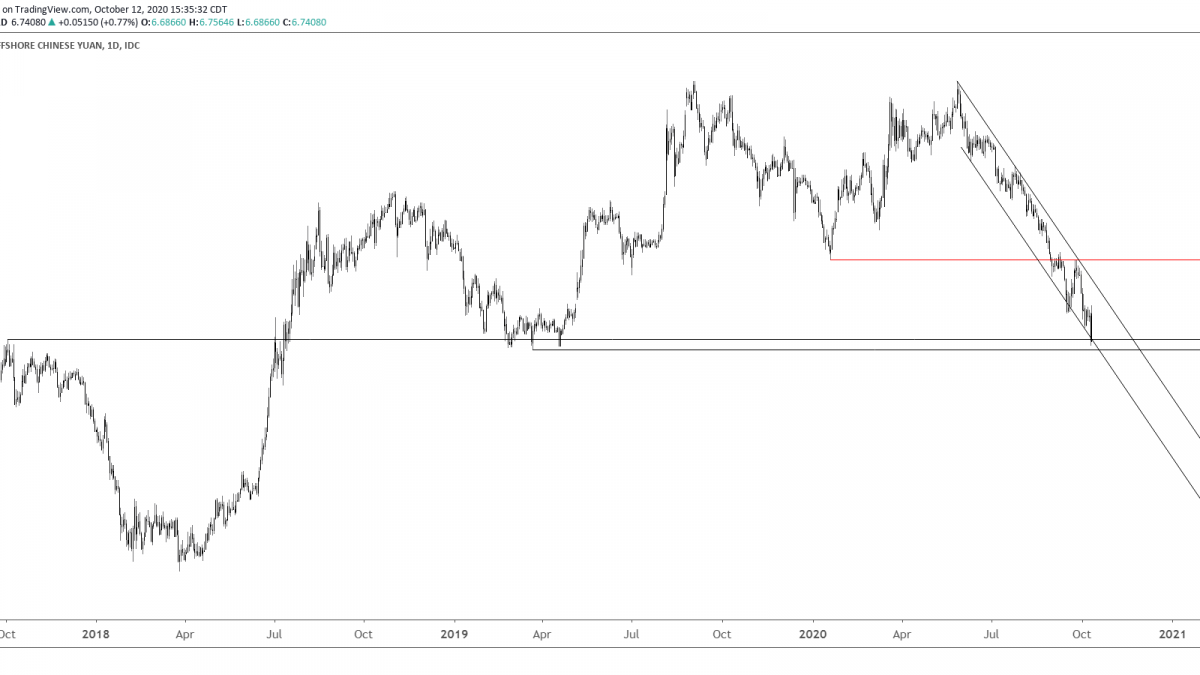 USDCNH has held a massive level defined by resistance in October 2017 and support from February-April 2019.  Price has also turned up from the bottom of a steep bearish channel.  The top of the channel is about 6.81.  Strength above would be viewed as constructive.  Also, the chart below shows USDCNH (in red) and DXY (in black) over the last 3 years.  Every important turn was marked by non-confirmation between USDCNH and DXY.  A bullish non-confirmation is in place as long as DXY is above its September low.  Finally, DXY seasonal tendencies turn up now (5 year look back) and after this week (10, 20, and 30 year look backs).

Pay attention to 1.1859 in EURUSD.  This is the 61.8% retrace of the decline from the 9/1 high.  The upper parallel of the bearish fork intersects this level on Tuesday.  Weakness below 1.1750 (support in August and September) would put EURUSD back on a bearish path.  Seasonal tendencies are now bearish on 5 and 20 year look back periods and turn down after this week for the 10 year look back period (see below).

10/5 – GBPUSD has been trading against the median line from a short term bullish fork since 9/28.  This is also resistance from the 8/12 low and 9/16 high.  I favor weakness from the current level but will be on the lookout for a support hold from the lower parallel and former lows in the 1.2805/36 range.