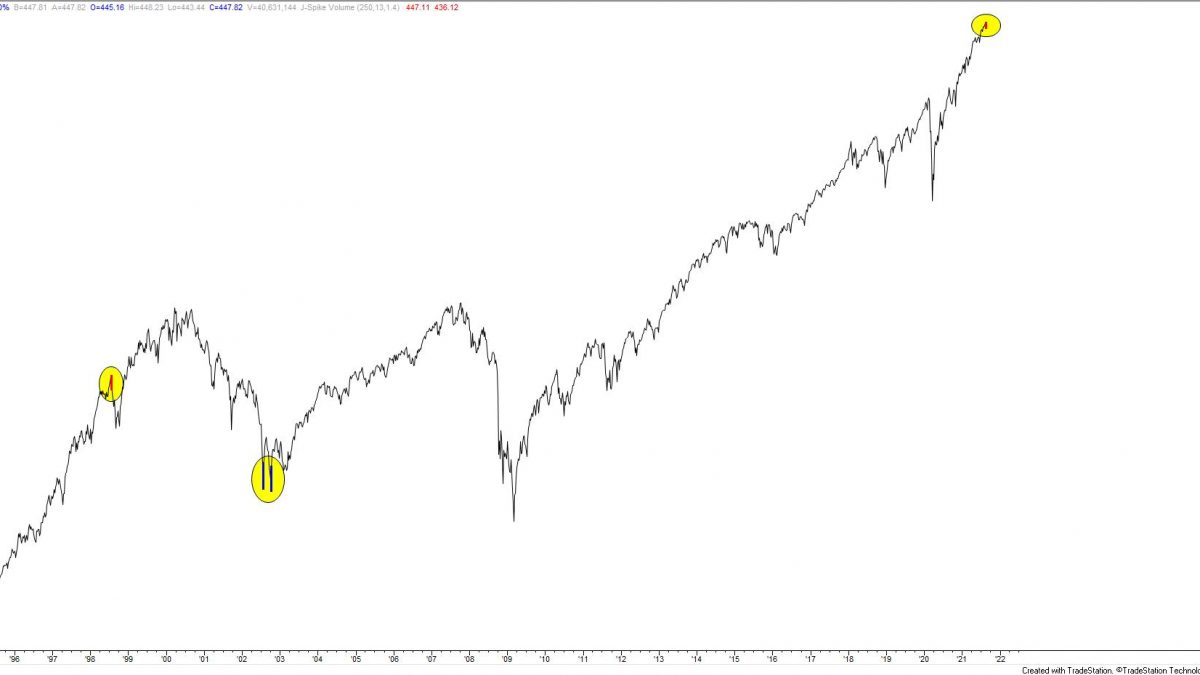 SPY made a volume reversal last week.  The red and blue bars on the chart indicate volume reversals at at least 5 year highs/lows.  The signal is rare.  Proposed resistance levels for ES and NQ futures (see next 2 charts) are about 4500 and 15460.

Silver is again nearing the red parallel that was resistance last week.  Price did test the 8/12 low last week so a double bottom is possible.  A break above the parallel would signal a bullish behavior change and the top side of that line would become proposed support.

8/18 – Silver has responded to the noted red line.  Extend the line to the left and you’ll notice that the line crosses pivots going all the way back to the high!  In other words, ‘the market made this line’.  Bottom line, silver looks like death…as long as price is under yesterday’s high.

USDOLLAR is pulling back sharply following the breakout last week.  This is still a breakout but support needs to register from the magenta parallel (formerly resistance) near 11950 in order to maintain a bullish outlook.

NZDUSD bottomed 5 ticks above .6800 (VWAP from March 2020 low…see below)!  Again, price continues to oscillate between the 25 and 75 lines of the channel from the February high.  Immediate focus for resistance is the median line near .6935.  Watch for support near .6860.

The following is from the Long Term Page (updated in June);

A double top is in play with the 2016 and 2020 highs (similar to the double bottom in GBPUSD) but allow for the shakeout with resistance centered on 1.3000.

USDTRY rolled over just under 8.57.  A head and shoulders top is possibly underway from the June high as well.  A break under 8.28 would confirm the pattern.  Proposed resistance is now 8.4950.

8/16 – USDTRY continues to weaken, in line with the bearish view.  The next bounce will represent a great short opportunity.  That level might be near 8.57, which is a well-defined horizontal level and currently the 200 period average on the 4 hour chart.