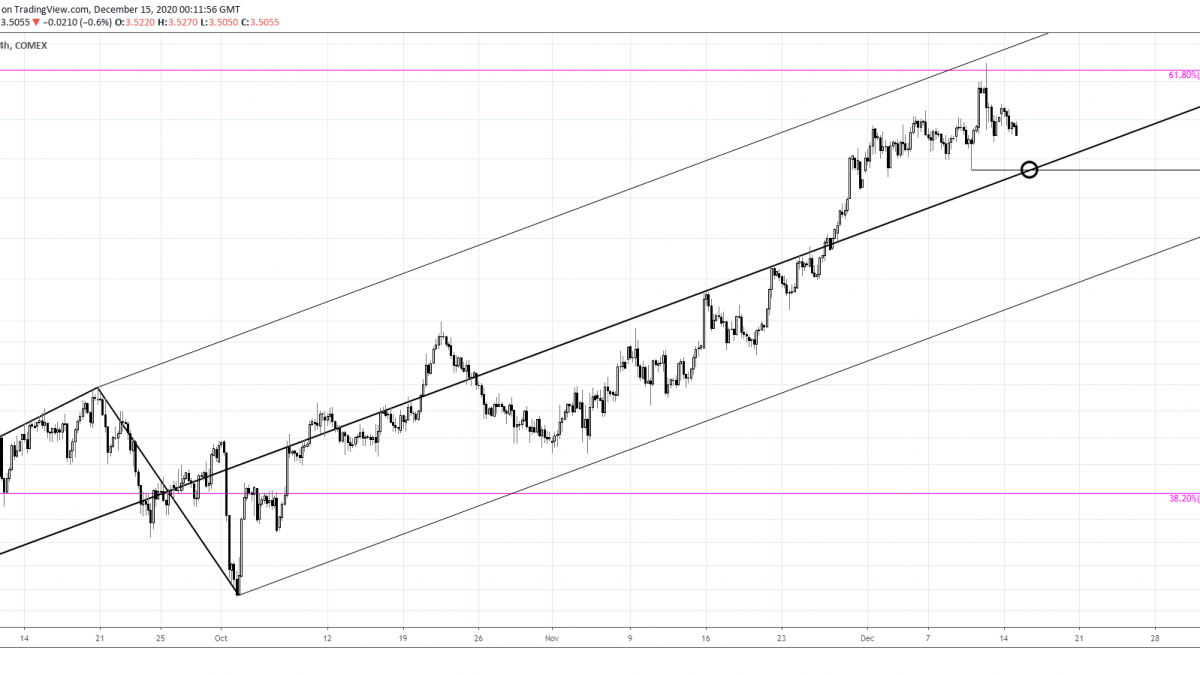 Given the tag of a long term Fibonacci level in copper, I’m keeping a close eye on the near term picture.  3.45 is a level to know over the next day.  This is the center line of the channel from the March low.  A break below would indicate a near term behavior change and shift focus to the lower parallel.  That is currently about 3.25.  The line increases about .0050 a day.

12/13 – Copper reached the noted 61.8% retrace at 3.6130 on Friday and reversed lower.  The level is also reinforced by the upper parallel of the channel from the March low.  Let’s see how action develops following Friday’s reversal but this is a great spot for a more important pivot.  I’m also wondering if copper is ‘the canary in the coal mine’ regarding other assets (USD, stocks, BTCUSD, etc.).

Low today (11755) was just above the critical 11750 level.  This is the September 2017 low and was also resistance in March 2018.  USDOLLAR also ended up with a key reversal.  Above 11870 is needed in order to suggest that an important low is in place.  Considering how crowded ‘short USD’ is, my view is that a move above 11870 would usher in a violent correction higher.  Also, DXY made an 8 hour volume reversal today (see below).

5 waves up from last week’s USDMXN low suggest that the trend has reversed higher.  Watch for support at 19.95/99 before and a resumption of strength.  Longer term, USDMXN has turned up from just above the 200 week average and is trading around the center line of the channel from the 2008 low (see below).