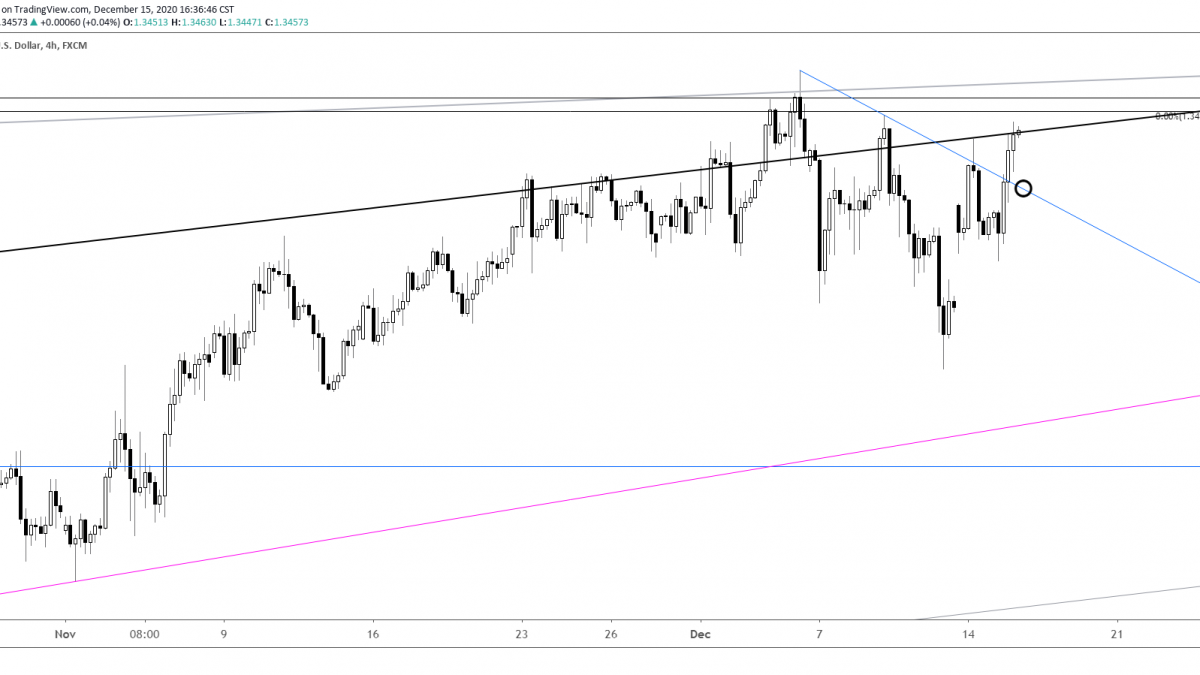 As noted yesterday, the GBPUSD drop from 12/4 to 12/11 is in 2 equal waves.  The implication is that the drop is corrective, although it could also compose the first leg of a complex correction.  In any case, keep an eye on the top side of the just broken channel.  That line is about 1.3380.  If that holds as support, then I’d consider longs for a potentially massive breakout as a move above 1.3500 would shift focus to the 2007-2014 line near 1.4050 (see weekly chart below).

USDCAD has been testing the line that extends off of the October and 11/9 lows for the last 4 days.  Price could bounce from here or from the line off of the June and September lows near 1.2590.  Irrespective or where a bounce materializes, 1.2950 is now proposed resistance.  This is the January low and the underside of a parallel that has proved critical for years (see zoomed out chart below).

Downside focus for EURCAD is 1.5220s.  This is the line that extends off of the September and November lows and the March 2019 high. The level was support in March 2020 as well.

12/6 – EURCAD has been trading against a 22 year trendline since March.  Last week’s high was right on that line.  Near term resistance for a short entry is near 1.5540 (see below).