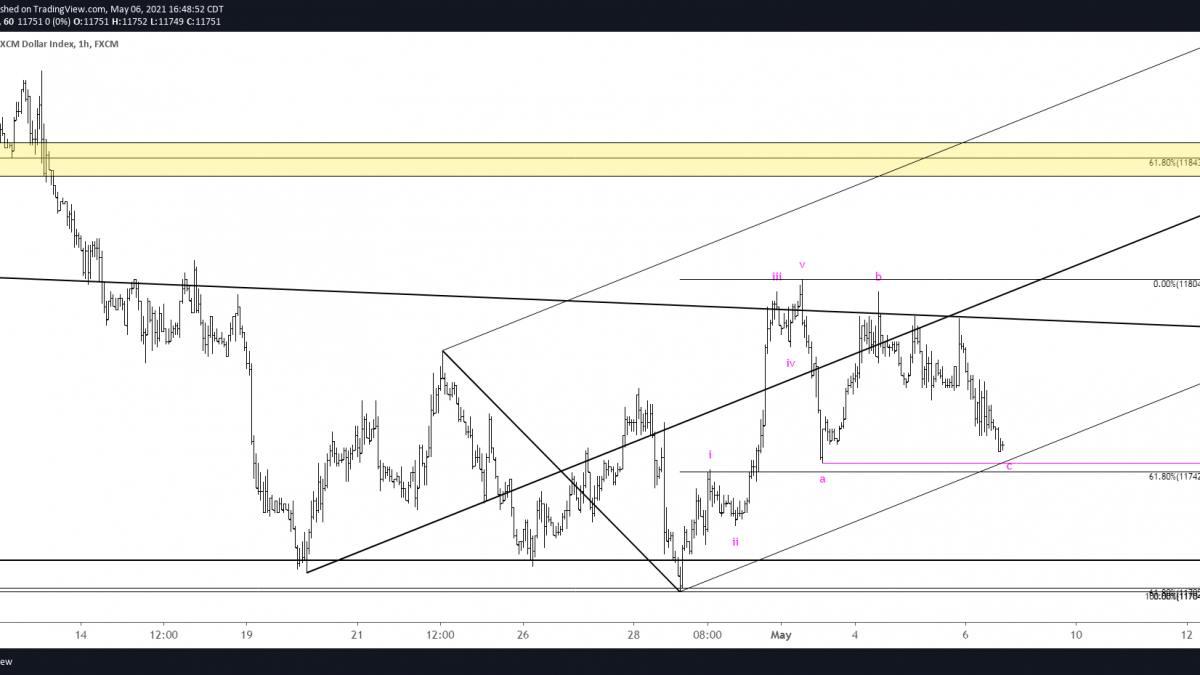 No bubble here…the coming crash in crypto is going to look like the crash after Tulip mania in 1636/37.

A print under 11745 in USDOLLAR will complete 3 waves down from the 5/3 high and give way to another leg up…at least that’s what I’m thinking.  Reminder, NFP is tomorrow!

The silver rally from 3/31 is nearing the 61.8% retrace of the decline from 2/1 at 27.71.  The level is also defended by pivots since September 2020.  Bigger picture, price has traded sideways since August 2020.  If this broad range is going to remain in place (as opposed to a breakout and directional move) then a turn lower from 27.70s ‘makes sense’.

5/5 – NZDUSD did hold support so it’s possible that the next leg up within a bullish sequence from the April low is underway.  Bullish Kiwi doesn’t make sense to me given several factors, including seasonality and general USD support.  However, price is king so at least consider a bullish stance against .7115.  Price is at resistance now so allow for a pullback.  Proposed support is .7150.

USDJPY remains confined to the channel from the January low.  Focus is on the lower parallel near 108.40.  A break below there would suggest a deeper drop is under way from the March high.  Until then, play the range.

5/3 – What a beauty!  USDJPY nailed resistance and reversed immediately.  It’s best to play the range within the channel until price breaks the channel.  The lower channel line is 108.15/30.