Getting Started with Myfxbook 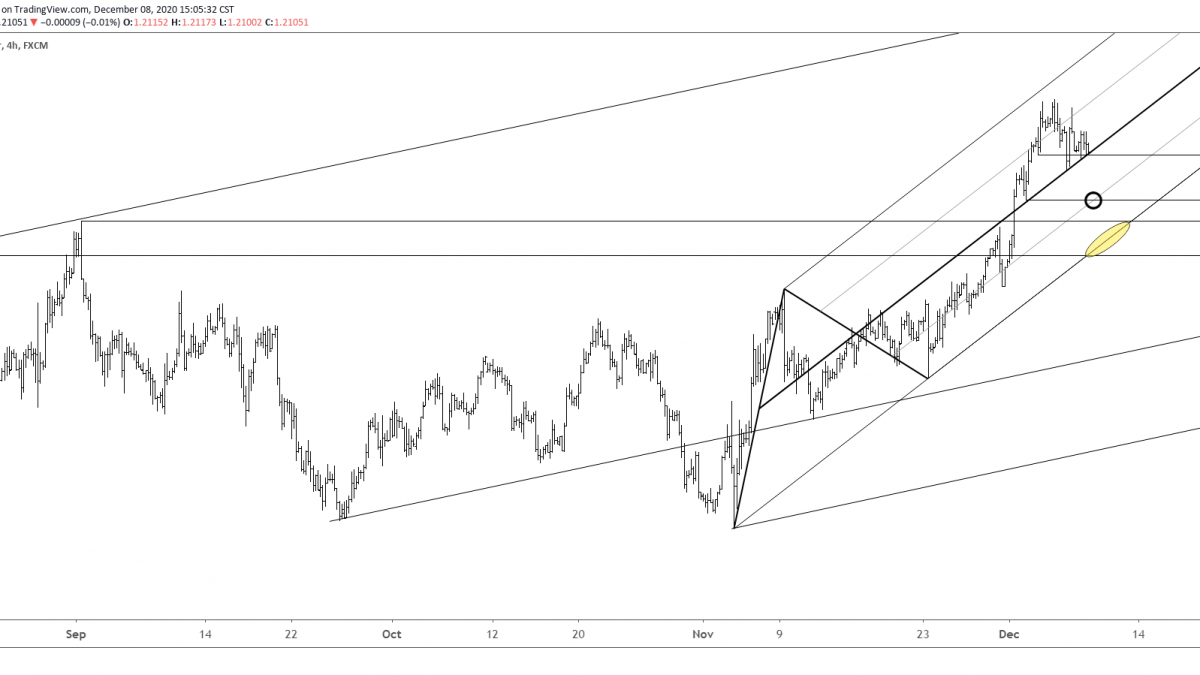 “Not a creature was stirring, not even a mouse.”  That famous prose from The Night Before Christmas also applies to the FX market.  EURUSD is likely waiting for ECB on Thursday so Wednesday might be another snoozer.  In any case, price is sitting on the center line from the channel off of the November low.  Price has bounced from this line the last two days so a break would indicate a near term behavior change.  If that happens, then initial downside focus is 1.2040 and the lower parallel, which is about 1.1985 on Wednesday.

12/6 – Overly USD bearish headlines continue to appear.  The headline below is from CNN.

Why the US dollar could be the big loser of 2021

Interestingly, a daily volume reversal triggered on Friday from a 2 year high in EURUSD.  There have only been 4 instances of this happening since inception of the euro (see chart below).  If a top is in place at Friday’s high, then impulsive weakness likely extends towards 1.2040 before a bounce.  That bounce would present the opportunity to short (see 2 charts down).  Wait and see.

USDSEK turned up sharply today following yesterday’s volatile outside day.  In fact, an inside day Bollinger Band setup triggered today (see below).  I’m following the channel off of the September high.  Price held the lower parallel and is currently testing the 75 line.  If price resumes higher, then 8.55ish is potential resistance and the 75 line would turn into proposed support.

AUDUSD continues to press against the underside of former channel support.  This line has was resistance in October and November as well.  A short term bearish trigger line is about .7360.  A break below there would target resistance from late October at .7160.

Last week’s USDJPY low was on the lower parallel from the fork that originates at the September low.  As such, this structure is ‘in play’.  I’m constructive a long as price is above 103.67.  The bullish trigger is the trendline off of the 7/1 and 8/28 highs.  This line was resistance in October and November and is about 104.75 over the next few days.

12/6 – USDJPY weakness from the March high counts as a triple zigzag correction under Elliott principles.  Notice how each leg of the correction is in 3 waves.  The trigger for longs is the trendline from the 6/30 high.  That line is about 104.90.