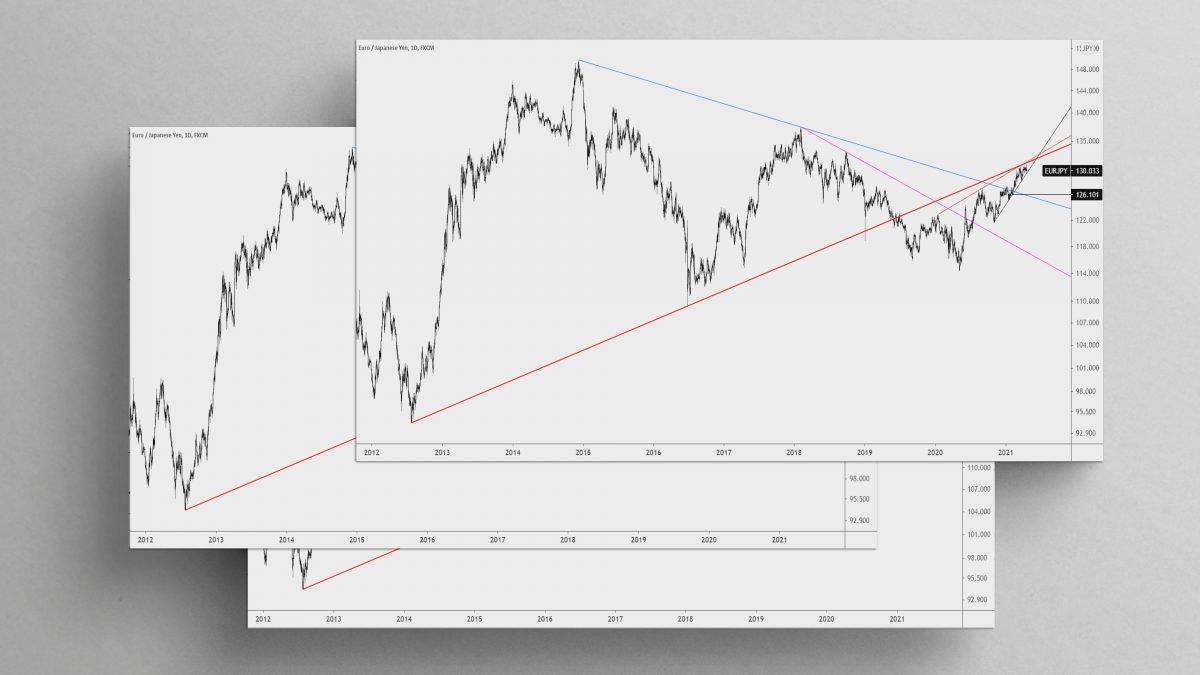 It’s been a month since we looked at AUDJPY and price is basically unchanged.  Daily reversal resistance continues to exert influence but the jury is still out on whether action since late February is a topping pattern or consolidation (probably a triangle) before a thrust higher.  The neckline is about 82.60.  A drop below would suggest the former (topping process).  A long term chart is shown below.

3/24 – I love this AUDJPY short setup.  Price has broken below the trendline from the November low.  The underside of that line is now proposed resistance at 83.65/90.  The 2/26 low is a bounce level at 81.98.  Downside is the lower parallel from the bearish fork, which is significant (probably a 78 handle).

I’m still thinking that GBPUSD wants to test the underside of the line from the March 2020 low.  That line is about 1.4080 now.  The drop from Tuesday’s high has the ‘look’ of a 4th wave within an impulse (5 waves) higher from the 4/9 low.  As such, there is a high reward/risk opportunity against today’s low targeting 1.4080 or so.

4/19 – Cable rocketed higher today.  The move was unexpected from my vantage point.  That said, price is into a well-defined zone for possible resistance.  The zone is defined by the median line from the Schiff fork that originates at the March 2020 low, the underside of the trendline from that same low, the 61.8% retrace of the decline from the 2/24 high, and highs from late February / early March.  The top of the zone is 1.4022.  I’m on reversal alert into that level.

Simply, the AUDUSD drop from Tuesday’s high is in 5 waves so I’m bearish against Tuesday’s high.  If price does resume lower then the 4/7 high at .7677 is the near term level to pay attention to.

4/20 – AUDUSD reversed sharply lower today after coming within pips of the 61.8% retrace of the drop from the February high and early January high.  Near term downside focus is .7620.  Proposed resistance is .7750.

GBPAUD has been sitting on 8 year channel support since September.  Notice how the March 2020 high was right at the median line.  Beautiful!  Watch for support at 1.7880 (daily reversal support, which is the 4/16 close).  This is an interesting longer term idea. 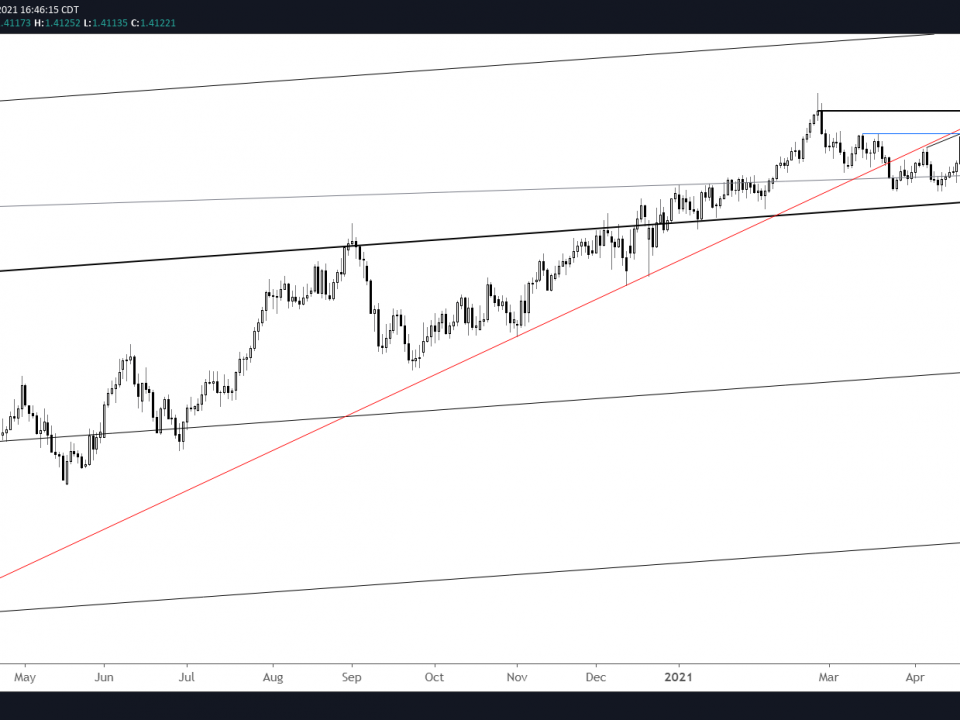