Is Gold a Bubble and Will it Burst?

We all know what gold is; it’s a rare, precious metal that has been highly coveted by humans for millennia. For most people, when we see gold, we instantly recognise the prospect of it’s value and associate it with wealth. For centuries gold and silver were used as money. Using banknotes, also known as fiat currency, is a relatively recent practice that was gradually phased in during the 20th Century.

To determine if gold is a bubble or not, let’s explore the following; where the demand for gold originates, what is an asset bubble, why gold is no longer money, the historical behaviour of gold, the current renewed interest in gold and finally what is the fundamental value of gold.

The Demand for Gold

In the world of finance, gold holds an unusual position because it doesn’t strictly fit inside a single category, but instead has characteristics that overlap multiple categories.

Gold is not strictly an asset, because it doesn’t generate a cash income like a stock would generate dividends, a property would generate rent, or a bond would yield interest. However, it is traded on futures exchanges and offered by FX brokers. As of December 2019, the average daily trading volume of gold was calculated by the World Gold Council to be 145.5 billion U.S. dollars, putting gold in third place to US Treasuries and stocks from the S&P 500 index.

Gold is not strictly a commodity because only a minimal share of the gold market is used for industrial purposes. In 2019, 326.6 metric tons of gold was demanded by the global technology sector, which is relatively insignificant compared to the demand originating from central banks, investments purposes and jewellery.

Gold is not necessarily a currency as it’s not universally accepted as a medium of exchange. However, a large amount of gold is being hoarded by the retail investment market, In 2018,  demand for gold by the retail market amounted to 1,097 tonnes, of which 800 tonnes was in the form of gold bullion bars, and 297 tonnes was in the way of bouillon coins. While gold bars don’t have any face value, gold coins do have.

Gold is not exclusively a collectable because of the characteristics mentioned above, yet, the industry with the highest demand for gold in jewellery. In 2019, the worldwide jewellery market reached a staggering 2,119 metric tons.

If you’re travelling internationally, usually you need to declare cash above approximately €10,000. If you’re travelling with twenty one-ounce coins with a face value of £100 each, in most places, that would be considered £2,500 of legal tender, not an asset worth ~$46,000.

Gold is considered by central banks, private banks and many individual investors as the ultimate safe-haven hard-asset that is ideal for preserving wealth for decades, and even centuries.

What is a Bubble?

A fixed definition does not identify a bubble in the context of an asset or a financial instrument, but rather the viewpoint of analysts and experts. The typical hallmarks of a bubble are excessive short-term demand that outpaces supply, thus causing a one-sided market that pushes up a price past its genuine value. As the cost of an asset increases, it gains attention from speculators who also want to invest, this adds to the demand and pushes the price even higher. Ultimately the price reaches an unsustainable level and crashes.

The Bitcoin bull run of 2017 is a perfect example of a bubble. At the time, many people would have argued Bitcoin was the future of money and a dramatic rise in the interest and value of the digital currency was expected. In hindsight, the idea of a fringe cryptographic currency, with extremely low market penetration, shunned by governments and banks as a high-risk money laundering tool; the idea of Bitcoin increasing in price by over 600% is unquestionably a bubble.

Bubbles are always easier to identify in hindsight. Because of our biases, anyone who is part of the bubble would argue it isn’t a bubble and what is happening is natural price development. Outsiders can easily argue the opposite, often because they are not supporters of the asset which is currently rallying, it conflicts with their interests or they are bitter they missed out on an opportunity.

Why Gold is No Longer Money

The alternative to this was a system of fiat currency, which we are all very familiar with. The problem with a fiat system is central banks and governments the power to print currency endlessly. There are numerous issues inherent with using precious metals, which is partially why they are no longer used.

The Historical Behavior of Gold

Even though gold is no longer considered a currency, it’s always how investors protect their cash during times of economic uncertainty.

The most recent global financial crisis to take place was the subprime mortgage crisis. In  September 2008, the situation reached a tipping point. The Lehman Brothers declared Bankruptcy, numerous other financial institutions went under, were acquired or bailed out. Meanwhile, investors pulled out hundreds of billions of dollars from the money markets and the Dow Jones, S&P 500 and other major indices all experienced drops of several percent in single days.

It was in the months and years that followed when the price of gold went on to reach record-breaking highs, month after month. For years, we lived in a world with a lack of trust in the banking system. It wasn’t until 2011 when banking reforms were put into action to stabilise the severely damaged and abused financial system.

In 2012, the price was quite volatile, and in 2013 it fell dramatically, Between July 2013 and May 2019, for approximately six years, gold traded between $1050 and $1375. In the chart below you can see how the price behaved during the last financial crisis, in the aftermath, and once the market recovered.

In the last global financial crisis, there was a knee-jerk reaction, causing a spike. However, trust in systems that failed billions of people is not easily or quickly restored. The financial markets are fighting a significant lack of confidence from investors. In our gold analysis amidst the coronavirus pandemic, we’ve noticed that markets react easily to certain news stories, in particular the prospects of vaccine development.

A Renewed Interest in Gold

Recently, gold has caught a fair share of mainstream media attention, which has attracted even more interest in the precious metal. The renewed interest in the precious metal asset class was sparked by a strong rally that began in July 2020. On the 27th of July, the price of gold broke its previous all-time high of $1923.7 per troy ounce on COMEX futures exchange. The earlier record was set on the 6th September 2011, almost a decade earlier.

On the 31st of July, the price passed a key level of $2,000. The momentum continued until the 7th of August 2020, when gold peaked, reaching an all-time high of $2089.20. In the three days that followed, the price sharply fell by 10.3%. The dramatic drop in price led to the opinion that gold was a bubble and conclusions that the gold bubble had burst.

The Experts and Analysts Fueled the Bull Run

On the 21st of April 2020, Bloomberg reported that Bank of America raised its 18-month target for gold to $3,000 an ounce. The prediction was published in a report titled “The Fed can’t print gold”.

On the 5th of August 2020, Standard Chartered’s Chief Investment Officer told CNBC that he’s not sure if we’ll see gold hit the $3,000-mark but he will still be a buyer on dips in gold on a six to 12-month basis. According to the Standard Chartered Global Market Outlook, the strategy of the bank wealth management division would add exposure to the precious metals on dips and believe fundamentals continue to point to higher gold prices (above USD 1,850/oz) in the medium term (6-12 months).

What is the Fundamental Value of Gold

To assess whether gold is a bubble or not, we should determine if it’s overvalued or not. If an asset is being traded at a value far greater than what it’s worth, the price is unsustainable and will ultimately burst.

Theoretically, the price of gold should never fall below the cost of mining it. During the California gold rush, people were tripping over the stuff. It’s much harder to mine gold today, due to the increased scarcity more complex mining techniques are required. According to a detailed 2018 report by S&P Global, the all-in sustaining cost of mining gold is in 2017, 2018 and the 2019 estimate were $886.4, $908.9 and $837 respectively, per troy ounce.

One feature of holding gold is to fend off inflation. Many costs associated with producing gold are also influenced by inflation. For example, labour, fuel, electricity, chemicals and acquiring and operating the mining sites.

Mining gold is an incredibly small niche. It’s a dangerous and complex job that requires specific know-how and specialized equipment. There is not much competition in this industry. If the production cost of gold is approximately $837 per troy ounce, that means the all-time high traded at 150% higher than the production cost. Some might consider gold to be undervalued based on those prices. 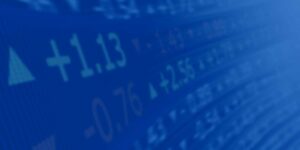 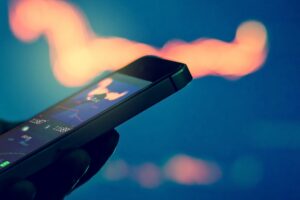