How to Choose a Forex Trading Platform 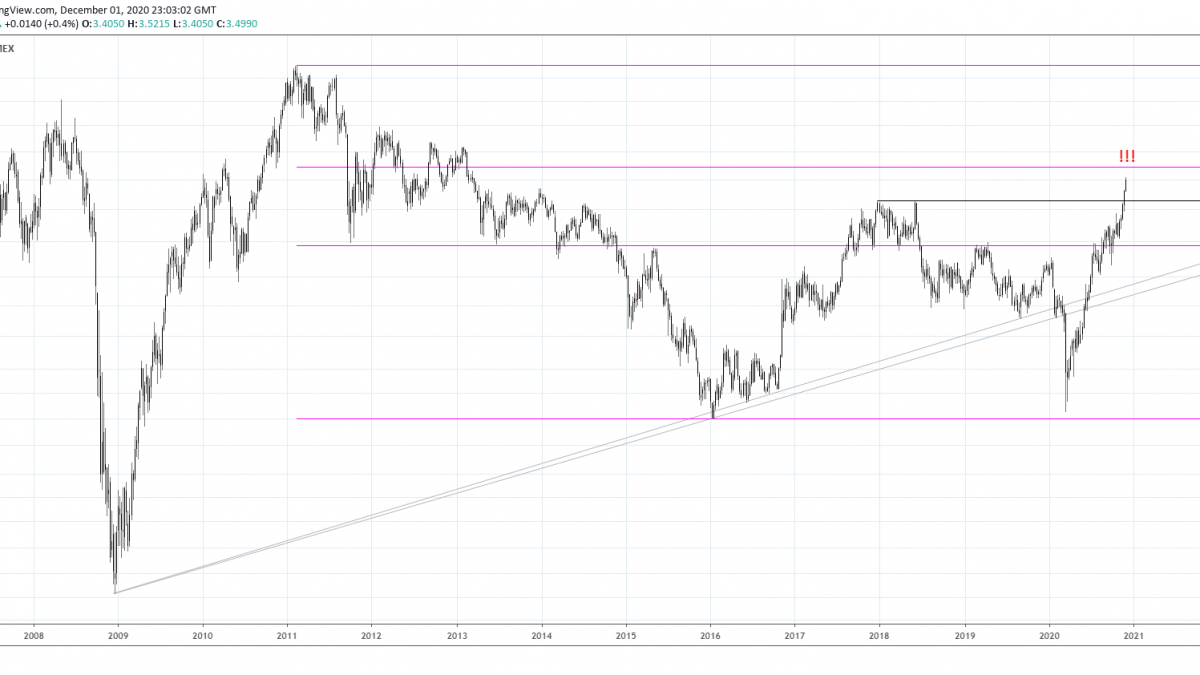 Copper is trading at its best level since March 2013 and has rallied 7 of the last 8 months.  Be aware of the 61.8% retrace of the decline from the 2011 high at 3.6130 for possible resistance.  Considering that ‘everything’ is going up against the USD, this level could prove important from a multi-asset perspective.

Monthly volume reversals (October), weekly volume capitulation, multiple daily, 8 hour, and 4 hour volume reversals, extreme sentiment as evidenced by positioning and media language…none of it has mattered with respect to the USD.  I’ve been completely wrong in maintaining a constructive USD bias.  That said, keep the sliding parallel at about 11818 (magenta line) in mind for possible support.  Price needs to take out 11894 in order to ‘suggest’ that the trend is not lower.  A close up view is below.  Also, asset managers remain insanely short the USD (see 2 charts down).

EURUSD is above the 2008-2014 line and again testing the median line from the longer term bullish structure.  The current level is defined by the 2012 low and 2017 high.  A proposed wave count is shown below.  Equality between waves 5 and 1 are common in Elliott.  That occurs at 1.2112.

NZDUSD is trading at the June 2018 high.  The 50% retrace of the decline from the 2014 high is .7152 (also the March 2018 low).  Watch that for possible resistance, especially because daily RSI is currently 77.65.  Magenta dots indicate when RSI has been that high.  The chart below shows instances since 2007.