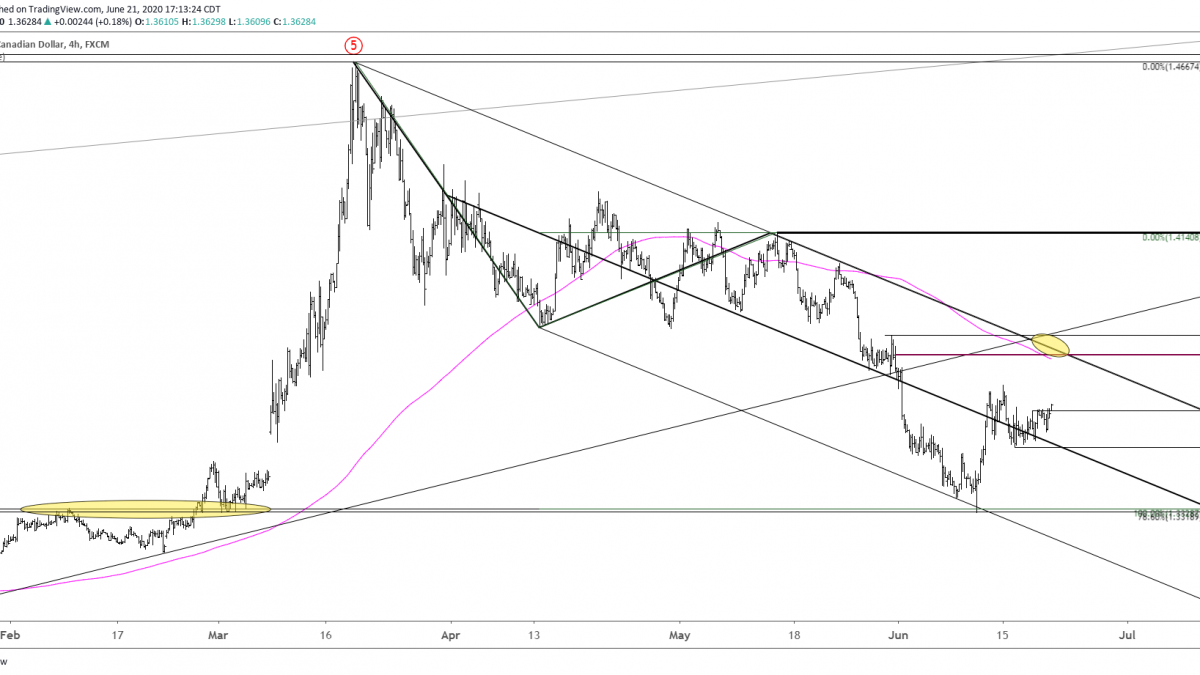 After Friday’s action, the extent of today’s USD drop was a surprise.  Additional EURUSD downside is possible though if price reverses right now, which is the 200 hour average, upper parallel of the short term bearish fork, 75 line within the channel from the March low, and VWAP from the June high (see below).  Bottom line, the current level is important so let’s see what happens here before determining strategy.

6/21 – EURUSD continues to trade lower within the short term bearish fork.  The next low may be in the 1.1060-1.1120 zone.  The bottom of the zone is the lower parallel from the short term bearish fork and currently near the 200 period average on the 4 hour chart.  1.1120 is the month open and near the median line of the channel from the March low.

GBPUSD low was 1.2335 (good enough).  Also, VWAP from the March low held (see below).  Watch for resistance from the underside of the line off of the March and May lows near 1.2515.  The short term center line (blue line), which has been support and resistance through June, is now proposed support near 1.2395.

AUDUSD turned up sharply today, forming a bullish engulfing candle pattern in the process.  Pay attention levels within the channel from the April low.  The center line is proposed resistance near the 6/16 high at .6977.  The high volume level from last week is possible support now at .6845.

6/17 – Today was extremely quiet and as a result I don’t have much to update.  Australian employment is tonight however so it’s worth another look at AUDUSD.  If the flat interpretation is correct, then a lower high is in place at .6977 (and price shouldn’t move much above .6900).  The ‘cleanest’ downside level is .6685-.6700.  This has been a major level since July (almost a year), 2 equal legs down, and the 200 period midpoint on the 4 hour chart (magenta line).

f there is additional USDCAD upside to test the multi-month upper channel line, then 1.3450s should provide support.  This is the 61.8% retrace of the rally from 6/10, 2 equal legs down from the 6/15 high, and the bottom of the short term corrective channel.

EURJPY is interesting on the long side following today’s bullish outside day.  Low is right on the 200 day average and 25 line within the channel from the 2018 high.  The hold at the 25 line is important because the line was resistance since November 2018.  Near term, price could pull back from near 120.70 (see below).  Watch for support now near 119.82. 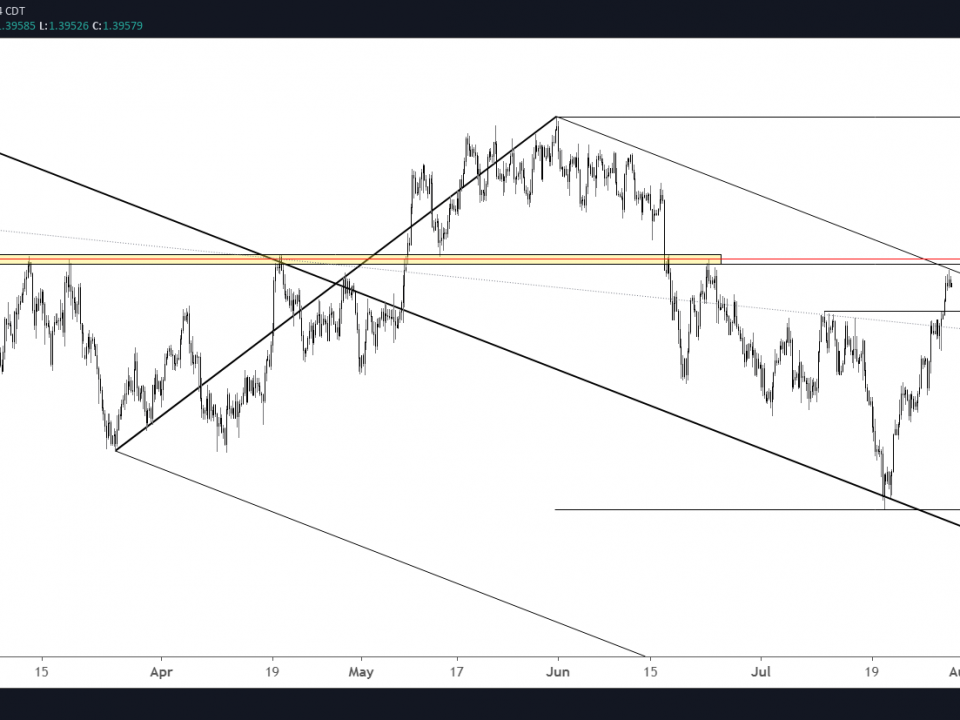 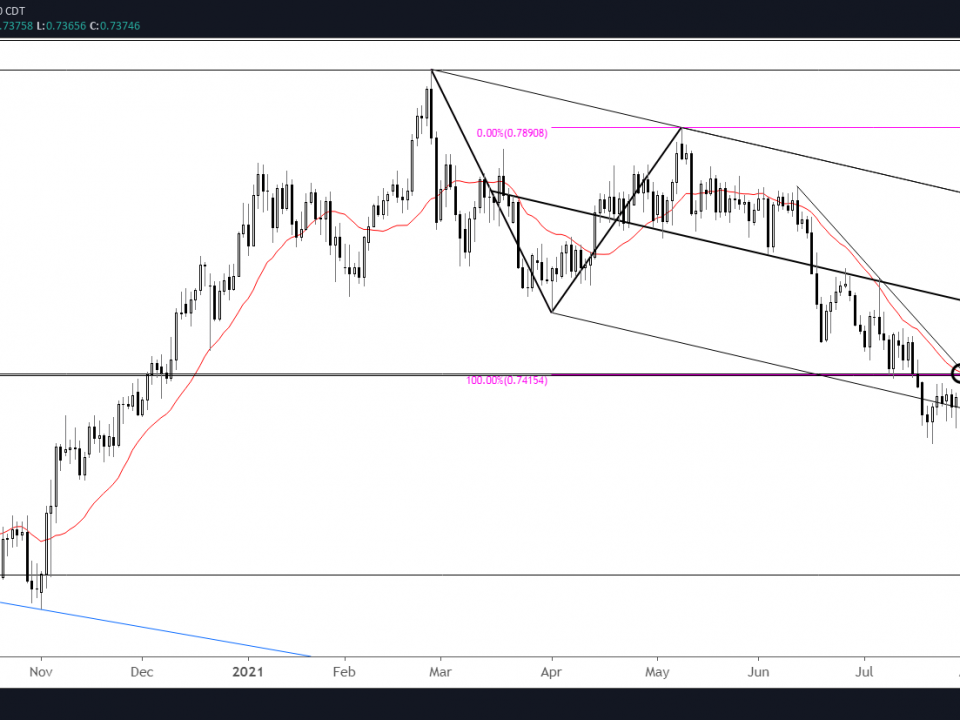