Guide to trading ALGO with leverage

Algorand is a well-known blockchain platform that directly competes with the Ethereum Network. ALGO is the native cryptocurrency used in the Algorand ecosystem. Trading ALGO is popular among crypto speculators and investors and is regularly found on leading digital asset exchanges. It’s less common to see ALGO available on CFD platforms, a popular way to trade cryptocurrencies with leverage.

There have been monumental developments in the area of DeFi in recent years. DeFi is a type of financial technology based on peer-to-peer and geographically distributed technology, such as blockchains.

Cryptocurrencies, smart contracts and NFTs are all forms of DeFi. They are viewed as a means of democratising the financial services industry by bypassing major institutions and putting everyone on the same level.

The issuers and users of decentralised financial products are all responsible for their creation, distribution, management and moderation, achievable via trustless technology that relies on decentralisation, cryptography and hardcoded rules, thus removing the need for third parties, such as licensed financial institutions and national regulatory authorities to conduct financial transactions.

There are many popular examples of DeFi. Some projects are sensationalised because of popular culture, such as Dogecoin and others, such as Polkadot and Algorand, offer meaningful solutions to the DeFi ecosystem.
Besides being a powerful blockchain solution, the platform is also operated by a native token called ALGO. While ALGO has a specific function in the Algorand ecosystem, it’s also emerged as a popular cryptocurrency for speculators. You can trade ALGO and many other cryptocurrencies with leverage on the Scandinavian Markets cTrader platform.

Professor Micali’s specialism in cryptography stretches back almost 40 years; therefore, when the blockchain era arrived approximately ten years ago, his expertise positioned him to pioneer new protocols and platforms in the DeFi realm.

The company launched out of the Massachusetts Institute of Technology (MIT) itself, the very same institution at which Professor Micali is a lecturer. The core development of the Algorand protocol is overseen by Algorand Inc., a private corporation based in nearby Boston, Massachusetts. The company primarily builds and provides consulting for commercial solutions built using the Algorand platform.

The Algorand Foundation is a not-for-profit organisation that was incorporated on the 7th of March 2019, before the launch of the blockchain. The foundation is responsible for the protocol governance, token dynamics and supporting open-source development of the ecosystem.

Algorand is a blockchain platform for creating cryptocurrencies and smart contracts. Many people in the crypto community liken it to the Ethereum network, which also supports issuing tokens via ERC-20 smart contracts.

The Algorand platform is designed to tackle many common issues other blockchains have encountered as they scaled. Algorand aims to be secure, scalable, decentralised and energy-efficient.

Algorand coined the term Pure proof-of-stake, which is their unique consensus algorithm. The Bitcoin consensus algorithm, which many are already familiar with, simply requires miners to contribute some computing power. A proof-of-stake algorithm requires participants to have a financial stake in the integrity of the blockchain. By having a financial interest, participants are unlikely to sabotage the reputation of the blockchain because it will ultimately harm them financially.

The network requires members of the public to participate in the proof of stake method, which is a prevalent consensus mechanism among modern blockchains for processing and validating transactions.

There are various proof-of-stake algorithms, such as delegated or bonded proof of stake. Delegated proof of stake increases centralisation, and bonded proof-of-stake requires tokens to be locked, preventing users from spending them. The Algorand Pure Proof-of-Stake algorithm combines several unique characteristics to maintain the blockchain’s integrity.

Comparison of Algorand and other popular cryptocurrencies

The token is used for transferring value, staking and processing transactions. The ALGO token was sold during an initial coin offering for $2.40 per token and raised $122,400,000.

While early investors in the ALGO token have not been able to exit profitably, the ALGO price has experienced a lot of volatility, making it an interesting cryptocurrency for speculators.

Algorand is advertised as being fast at processing transactions, low cost, with transactions costing a fraction of a penny, decentralised, and carbon negative. The platform boasts advanced smart contract capabilities, which is an important characteristic among blockchain protocols and one of the key reasons that Ethereum was able to become the number two cryptocurrency in terms of market cap.

On the surface, ALGO has all the hallmarks of being a major blockchain platform, and subsequently, the token being highly valuable. However, the market hasn’t bought into the idea yet and the current price is down almost 70% from the ICO.

Because ALGO is the native token of a proprietary blockchain, not all wallets will support the token. Many popular tokens operate on the Ethereum blockchain. Algorand has created a specialised wallet for holding ALGO. Before buying or transferring ALGO, you should check whether the wallet or exchange supports it.

How to trade ALGO?

As well as being an instrument for transferring value in a decentralised environment, the ALGO token can be used just like other established protocols and can be used to create and operate smart contracts and NFTs. Similarly, the tokens can be stored in crypto wallets, spent and traded against other cryptocurrencies or fiat currency via cryptocurrency exchanges. ALGO can also be traded with leverage, just like forex.

Trading ALGO with leverage via a regulated forex broker has many advantages over a typical crypto exchange.

With this method, the company selling you the cryptocurrency would be used as an on-ramp and potentially later as an off-ramp. The words ‘on-ramp’ and ‘off ramp’ are used in the United States to describe an entry or exit slip road on major highways. The crypto community has borrowed these terms to express the means of entering and exiting the cryptocurrency universe via specialised exchanges buying and selling cryptocurrencies via traditional payment methods, such as PayPal, credit card and bank transfers.

If all of that sounds complicated, don’t worry because there is an easier solution if you’re looking to trade ALGO with leverage.

You can trade ALGO as a CFD, which is a regulated financial instrument offered by licensed brokerages. This particular cryptocurrency token can be traded against other asset classes in the traditional finance world with leverage, giving a higher purchase power for a lower deposit amount.

Many online brokerages typically offer cryptocurrency-based derivatives as a CFD, which is suitable for active traders who are not interested in holding cryptocurrencies. In contrast, most cryptocurrency exchanges only offer the option purchase and hold the actual coins.

While many forex brokers offer cryptocurrency trading with leverage, most only have a few major coins, such as Bitcoin, Ethereum and Litecoin. At Scandinavian Capital Markets, we’ve listed dozens of cryptocurrency pairs, including ALGO.

Therefore, trading ALGO tokens against the US dollar as a CFD, traders are making off-exchange contracts instead of buying the actual coins via digital currency exchanges, with the option of using leverage to increase their exposure or reduce margin requirements.

Trade ALGO with a regulated broker

One important point that has been highlighted by global financial markets regulators, cryptocurrency critics and the mainstream financial services industry is that there is limited recourse if something goes wrong with cryptocurrency investment. For example, most cryptocurrency exchanges are owned and operated by small to medium-sized businesses, have the structure of a start-up, are limited in terms of capitalisation, and have scant or no regulation at all.

As the forex and CFD market is one of the most scrutinised and highly regulated industries, you’re less likely to experience issues, and if you do, there are established channels for making complaints and launching investigations.

Trading ALGO via regulated brokerages as a CFD lets traders get exposure to the crypto market without being exposed to the risks associated with cryptocurrency exchanges.

Imagine if an exchange goes bankrupt or if its owner has nefarious intentions and simply packs up and runs away. There is not much any investor can do to recover their investment even if authorities catch up with them, as balances are in the form of a digital asset.

Trading ALGO as a CFD with a regulated online forex brokerage is a method that gives traders the ability to access a leveraged market with full, global regulatory oversight by mainstream financial services regulatory authorities and proper recourse if something goes awry.

Trading cryptocurrencies via a CFD broker also allows traders access to a broader trading environment offering other products that you won’t find on crypto exchanges, such as currency pairs and many other instruments. 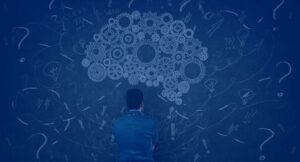 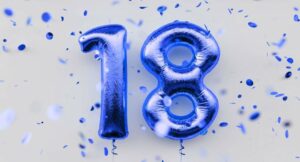 What is the minimum age to trade forex?