May 11, 2020By Scandinavian Capital Markets

Boris Schlossberg is one of the most familiar faces in forex, in part thanks to his regular appearances on CNBC and at major industry events. After graduating from Columbia University with a degree in economics, Boris began his career on Wall Street with Drexel Burnham Lambert. He witnessed the 1987 crash and traded many different financial instruments, from stocks and options to stock index futures before gravitating to foreign exchange. In 2004, Boris joined FXCM where he worked as a senior strategist responsible for G10 research. While at FXCM he also co-created DailyFX.com, which was later sold to IG Group for $40 million.

In 2007, Boris co-founded BKForex.com along with Kathy Lien. The service provides technical tools, trading signals and educational materials for both individual and institutional traders. In 2008, he joined Global Futures & Forex (GFT) as director of currency research and led a team of analysts with Kathy Lien. Since 2012, Boris has focused entirely on BK Forex. He is frequently quoted by Reuters, Dow Jones and Agence France Presse newswires and appears in multiple financial media outlets globally. He is also the author of two books: Technical Analysis of the Currency Market and Millionaire Traders: How Everyday People Beat Wall Street at its Own Game, both published by Wiley.

You traded stocks, futures and options prior to focusing on foreign exchange. What was it about the forex market that appealed to you the most?

The FX market is very unique in that it is both insular and global at the same time. There are four or five major money center banks that control flow and price action but at the same time the market is also highly sensitive to macro narratives and its fascinating to figure out when those narratives get strong enough to attract speculative flow vs. the normal times when market makers just yank it up and down.

You have a background in momentum-based trading. Do you still trade off momentum?

Yes, the longer I trade the more evident it becomes to me that buying strength and selling weakness is the right way to go even though in the heat of the moment it’s very hard to do that.

Can you tell us a bit about how you use 00 levels/round numbers in your trading?

It’s funny, when I started I used to always try to fade round numbers because I thought that was the higher probability bet – and it is. But the longer I am in the market the more I believe that the much bigger edge is in the continuity trade, so If I were to trade them now I would be a buyer of the 00 levels to the upside and seller to the downside.

Can you describe your approach to risk management?

I think it’s impossible to have the discipline for risk management. You will always talk yourself into “letting the trade breathe” and that in turn will always end in a blowout. So now I trade with tools that precalculate everything for me. Each trade is different but my risk control is in the hands of a robot.

If you have a successful strategy, what techniques would you suggest to refine it?

What are some important qualities of successful traders you learned about from researching your Millionaire Traders book?

How has your education in economics and interest in politics helped you understand major flows in the market?

The foundation in economics is very valuable in understanding the mechanics of the markets, but can actually be very harmful if you apply it to trading. So you really need it to understand the language of policymakers, but you should be very careful in assuming that it will actually translate into successful trades.

In your interview with Etienne Crete you described how there are basically only two strategies: continuation and reversal. Can you talk about how you went from fading the market with reversals to favoring continuation strategies?

This is probably the hardest thing to do. Everyone pays lip service to trading trend. But everyone wants to be smarter than the market so they can be a “contrarian”. I am still fighting that impulse every day.

Who do you think is the greatest trader of all time and why?

George Soros. Because he the amazing ability to see pivots in history and then the balls to press his trades. He is also the absolute worst example to emulate because almost no one has his skills.

Why do you think it’s important to work with both technical and fundamental analysis?

I don’t know. The longer I trade the less I use either. Both are an artificial superimposition on price. Now I just try to use price action, news flow, and sentiment reading.

What do you think are the advantages and limitations of algo trading?

Algos are amazing but ultimately limiting because they are basically a static imposition on dynamic market flow, so these days I prefer to use tools that carry a huge amount of algo automation but leave trade selection to the trader.

With US/China tensions flaring up again, what do you think are the implications for the forex market? Do you think the US dollar will continue to be supported by safe haven demand?

I think the dollar is very much in danger of losing its reserve status if we continue to go the way we are going. The similarities between USA and the Roman Empire get more and more striking every year, but it took 200 years for the Roman Empire to fall, so calling the end of Pax Americana has been a sucker game for a long time – but I am afraid time is starting to run out. Anyone who has ever traveled the world can see that the US is quickly dissolving into Argentina – a stratified society that squanders much of its natural advantages – but we are a huge country and it only takes a few hundred very smart people to keep us away from the precipice and towards progress – but as events of the last few years show – even the innovation gravy train is coming to a screeching halt and that may be the death knell of the dollar in the end.

Thank you very much Boris for participating in this interview and we wish you and Kathy every success in 2020! 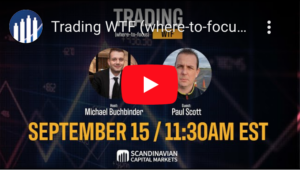 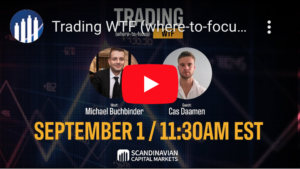