Market Update 5/19 – AUDUSD and NZDUSD about to Break Down? 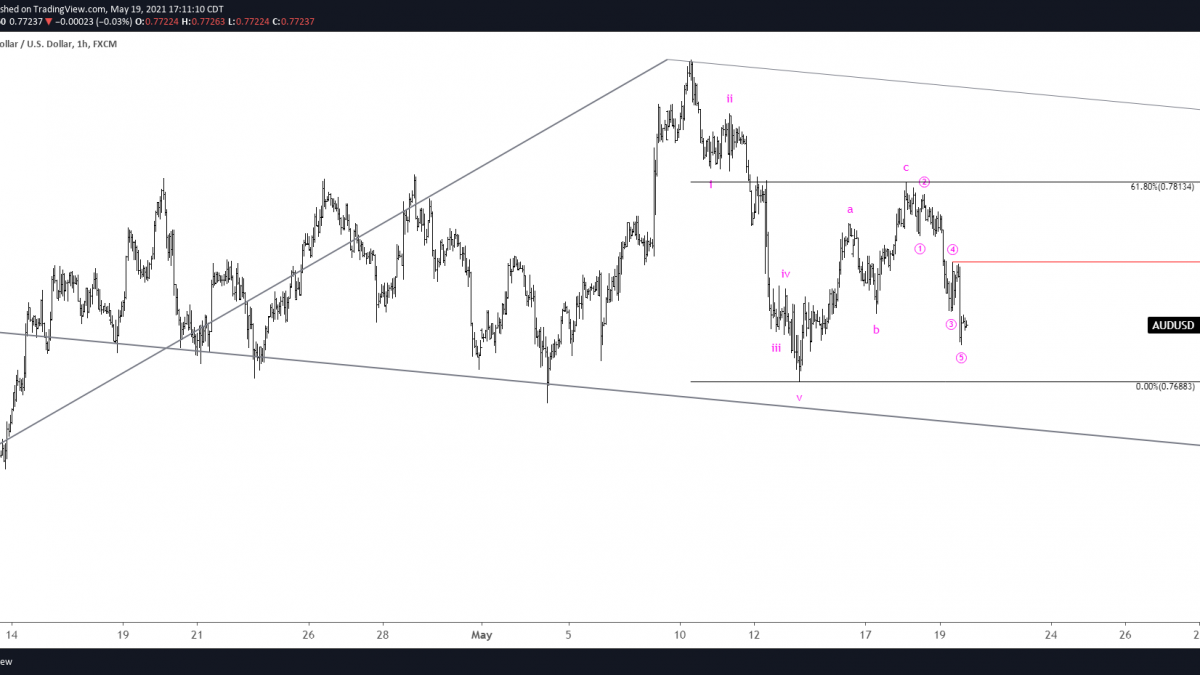 BTCUSD tagged the 32000 level (low was 30000) and snapped back but I don’t think this is the low.  Notice where the snap back rally stalled…right at the underside of the former channel line (magenta channel).  This is the ‘slingshot’ setup that I’m so fond of.  If strength resumes then VWAP levels to know for resistance are 44400 (2021 VWAP) and VWAP from the top, which is currently 50000.  The ultimate support is 19666, which is the 2017 high and the 25 line of the channel that we’ve been following.  Recall that we turned bearish in February at the 75 line because the rally materialized at the 25 line.  This is knows as median line symmetry (see daily chart below)!

5/17 – The Dutch Tulip bubble also occurred during a pandemic.  One popular narrative for tulip price behavior blames excitable Dutch merchants who had nothing better to do than sit around in taverns bidding up the price of exotic flowers (global trade was effectively in “lockdown” then)…sound familiar?

BTCUSD closed right at the noted 44000 level today.  Big spot!  I lean towards the downside following completion of the massive top that has been forming since February.  The next downside level of interest is 32000 (or so).

EURUSD reversed lower after tagging the 2/25 high and underside of the center line of the channel from the March 2020 low.  The trendline from the March low (red line) is about 1.2100.  That’s the bearish trigger.  If price drop sin a clear 5 waves before reaching that level then we’ll have an opportunity to short a small bounce.

Since the 5/10 high, AUDUSD has dropped in 5 waves, rallied in 3 waves, and dropped in 5 waves at a lesser degree.  An Elliott wave textbook!  Resistance should be .7760/70 now.  Broader downside focus is .7415 (2 legs down from the February high and the September high…see below).